Go Beyond Plus Ultra!

On Saturday, August 5th, 2017, I ran the first session of a new, ongoing Superhero RPG campaign based on the Japanese Manga, and Anime series, My Hero Academia.

The session featured three players, all male, mid-to-late 30s, with myself (male, 48) as Gamemaster. I used a homebrewed system created specifically for this campaign, with rules based on the similarities between Apocalypse World/Powered By the Apocalypse, Marvel Heroic, and a Japanese indie tabletop game I recently discovered through Google+.

Our session was five and a half hours long, with the first half hour taken up by character creation, and some background on the setting.

It was my best session of any kind in nearly five years. 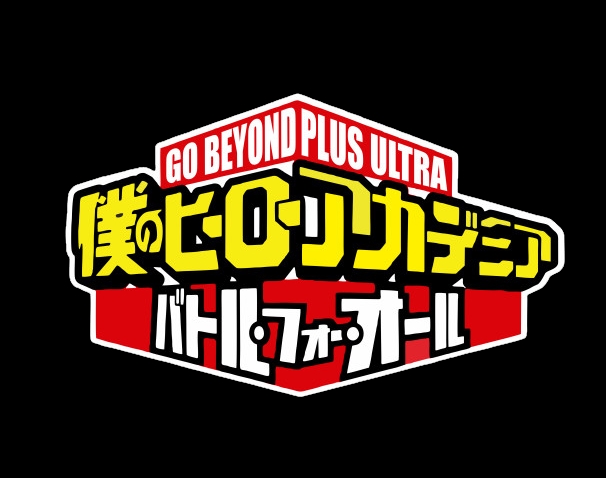 Entitled, 'My Hero Academia: American Ultra', the campaign focuses on the most famous, popular, and prestigious high school in the United States for training Superheroes, American Ultra High School.

In follow up posts I will go into more detail about the campaign's setting, and recap the first session, but what I want to talk about right here and now is how frickin' happy I am with how the game went, and why it worked so well.

I had only three players for this game, and while that is pretty small for me, I think it worked to everyone's advantage.

Everyone got equal 'screen time', everyone easily interacted with each other, and it left ample room for me to introduce, and even flesh out a good number of the large cast of NPCs.

These three players are friends who've known each other, and me, a while now, and two of them are cousins [in real life]. We all get each other. We back each other up. They can get competitive, but not to the point where they will let one of the others take a fall. Real camaraderie. You can't beat it.

They're all creative, quick thinkers. They don't spend a half hour, to an hour of real time on a plan. They think of a move, and then execute it. OMG how I've missed that! OMG! Seriously, that is such a refreshing change from what I've been experiencing over that last few years. It not only keeps things moving, it keeps me on my toes. I GM better because they make me think quickly to keep up with them.

They created characters that both fit the world, and pushed on it a little. Another thing that I love and don't always get.

Here's another big one...they listened to the story, to what was going on in the setting, and reacted to it in different ways. Again, they reacted to what was going on! I know, that doesn't sound like much to some of you, but OMFG what a change of pace that is for me. I've been playing for a while now with players who either can not follow what is going on, and are either not able, or not willing to postulate on what the deeper story might be, or they're playing this other game in their head that is all about them/their character.

This was like sunshine after years of clouds, and darkness.

I created this Frankenstein hybrid of a game using bits, and pieces from three different sets of rules, and some magical things happened:

It worked.
The players really liked it.
No one read/knew the rules but me, and no one freaked out.
No one argued about the rules even once.

You can't imagine how awesome that was. How good I still feel about this. I'm...there's...there's just something in my eye. I'm not crying, you're crying.

Let it out Midoriya. Happy tears.
The rules were smooth, and very fast, enabling three superpowered fourteen-year-old PCs, and more than a dozen or so NPCs to get to know each other, battle an obstacle course with traps and robots, and interact with the murder mystery plot in just five hours.

It took only half an hour to create the three characters with only myself knowing how. It would have been even less time, but I interlaced character creation with setting info for those who were less familiar with the series.

Which brings me to...

You know what the difference is between a good player, and a great one?

It's when you introduce them to a new game, and/or a new setting, and the first thing they do is say they'll try it, the second thing they do is immerse themselves in it even if its not something they're already familiar with.

My pal Dave is intimately well-versed in the series, My Hero Academia. He loves it. He's read all the manga (including volumes not yet translated into English). He's seen all the episodes, including the OVAs (direct to video mini-movies). He's read the spin-off manga (which I am reading now myself. It's pretty darn cool!).

Marcus saw some of the first season, but couldn't get into it. Same as me. He still adapted to the game super quickly, grasped the concepts well, and I think he now wants to see more of the show.

Jeff heard what we were playing, and watched about a dozen episodes, but not in order, or even one after another. He just sampled it across the entire show. He liked what he saw enough to have a frame of reference, but [as he is Jeff] focused more on what I was saying as GM so that he could buy-in to our version of the setting.

It shouldn't be. I mean, isn't this what all gamers do with a new game?

But it's what happened here, at this time, with these people. : )

The setting at it's base is classic Superheroes. A Silver/Bronze Age meets Modern Age take on the genre, reinterpreted through Anime/Manga stylings. American Comics perfectly fused with Japanese Comics is something all these players [and I as well] can easily visualize and wrap our heads around. That alone makes it work really well.

For the past few years, I have been feeling out of sorts with my Gamemastering.

There was a time, and it lasted many years, where I was the go-to GM for a lot of players. I was thought of my gamers in my circles as 'the best', or at least one of the best.

I'm not trying to boast, and anyone who really knows me knows I have quite the opposite of a big ego, but yeah, people from three states would come together to be in my games.

I was good. I was really, really good.

Somewhere along the line I lost my spark. My power ring lost its charge, my powers waned, and faded. The magic went away.

I've been really excited anticipating my 40th Gaming Anniversary, but dreading it as well. I felt, up until last Saturday, that maybe after 40 years, you just lose your touch. You get old.

Episode 1 of My Hero Academia: American Ultra has revitalized me. I've still got it. The magic is back baby, and its going to run wild across this new campaign. I am so excited to see what happens next.

Well, that is all for now. Posts may be a bit spotty the rest of the week as I will be going away on a mini-vacation this weekend to visit my girlfriend.

Have fun everybody, and Go Beyond Your Limits!