N is for Nightmares, Resource for Fear

This post is not a bit snarky. No sir and madam. It is filled with snark.

It is the ur-snark. Snark incarnate.

Read with a sense of humor or check back Monday. 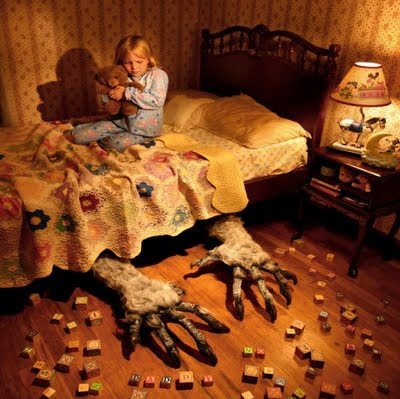 I'm not into Horror movies or the thoughts of serial killers or any of that grimdark crap that's been all the rage since the Iron Age of the late 80's and 90's. Ho-hum. The world is such a dark, angry, miserable place yadda yadda yadda.

Give me a break.

Oh course it's a dark and angry place. Humans, generally speaking, stink. We are a cruel, self-serving, egotistical, cowardly, lazy species of omnivorous primates that are largely still in the same survival mode we were in when we climbed out of the trees oh so long ago. We've simply adapted to a modern world.

A small portion of our over-reproducing, under-reading populace is actually evolved enough to think of things and people other than themselves and beyond the accumulation of stuff. This progressively endangered and shrinking minority isn't into grimdark as the masses are. You see, this group has matured beyond that. They have reached a sublime understanding of how effed up the planet and its people are and decided that the dark is not entertaining in and of itself. After all, what good is escapism from real life misery land into fictional misery land? That's just dumb. It's like how you know an 'adult' movie because it has blood and guts, sex references, and body parts jokes. Ya'know, the kind of stuff you were into when you were twelves. Yeah. Very adult.

One of the main reasons I'm not into it is because I've lived through some very difficult times. I don't want to go into it here on the internet for all to see but I've survived some bad experiences. As some of you may know I have really serious insomnia and hardly sleep. Part of the reason for this is nightmares. 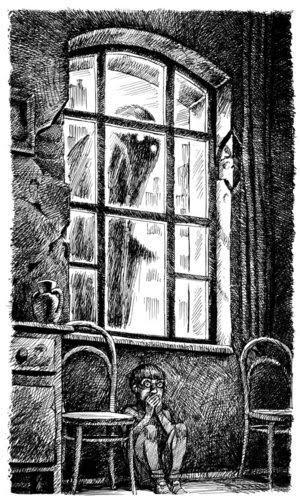 I used to have nightmares, bad dreams, or whatever you wish to call them, on a fairly regular basis. As I grew up I had an aversion to going to sleep since I didn't want to have them. I remembered them when I awoke quite often. I would sometimes wake up unaware it was a dream at all.

Many nightmares follow dream logic and therefore don't make a lot of sense. Others are singularly vivid and so much like the waking world that they are in turn that much more frightening for their strangeness. Now that I am older and wiser, I've discovered that I can lessen the quantity and severity of my bad dreams by using the material, especially in the reoccurring ones, in my games. It's the one way I am able to create truly scary and creepy opponents since my lucid, conscious mind will rarely generate anything so frightening and deadly. 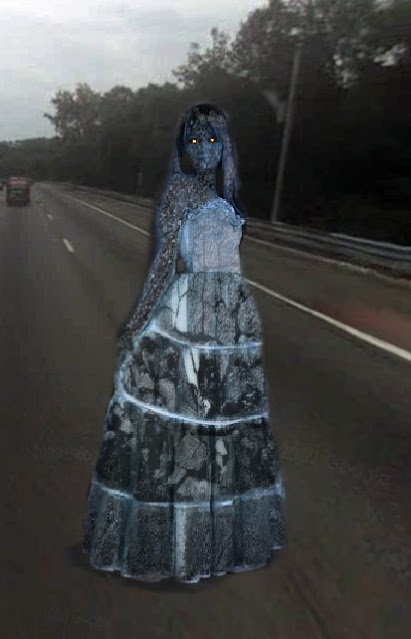 One of the most interesting ideas I've come up with without my knowing it is the loss or need of a skill or ability I don't have. Imagine if the presence of a supernatural entity simply eliminated a skill like Handgun or Driving. You get in a car to get away from or drive to the paranormal and need to make a save. If you fail you just don't remember how to drive. Driving Skill-6 is now Driving Skill-0. You're now in as much danger from crashing as you are being attacked by a spectre.

Another idea is getting to talk to someone who has passed on but in a very specific way/circumstance. A PC or group of PCs and their old mentor or one of their relatives are with them in a house. As long as they are in the house that person is alive even though they died years ago. If a PC leaves the house they can't find a way back in. If everyone leaves the house it goes away and the person never returns. If the person leaves the house at anytime, they never return and the house suddenly looks subtly different. It is much older, dilapidated, and coated in cobwebs. Not so much frightening as bittersweet to sad.

There was the one about the fish headed guy. Ugh. I still don't like looking at fish to this day (yet I find sea life fascinating but that's a story for another time)..

Running and not getting anywhere or punching something or someone and apparently having no capacity to cause damage of any kind is also common. Classic bad dream stuff rarely seen in RPGs.

There are so many possibilities, none of them particularly enjoyable but all them creepy and interesting. I'm sure you all have a few of your own.