Q is for Questions, I Know How to Pick'em

Turning the tables on my readership (stop laughing, there are people who read my stuff regularly. Like...there's...that guy. Y'know him), I'd like to ask the fans some questions about their gaming as it relates to some of the stuff I enjoy and discuss. Feel free to answer as many or as few as you like but please post something... 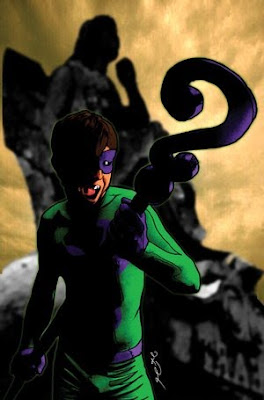 What was the first game you played other than D&D (Or any of its variants, clones, derivatives, etc.)?
How long had you been playing D&D before trying this other game? What did you think of it?

Note: If D&D was not your first game, how long had you been playing that other game before trying D&D? Did you try D&D?
If D&D (Or any of its variants, clones, derivatives, etc.) disappeared tomorrow along with any memory of how to play or even that it had ever existed, what game would you play instead?

What happened to them, or what state were they in, when last you played them?

What was the most successful campaign you ran or played in that was based on a licensed product and what was the IP (Intellectual Property)?

What was the most successful comedic campaign you ran or played in?

Note: This question is aimed at games that were supposed to be comedic, or humorous from the start.

If you could turn any IP into a professional RPG game tomorrow what would it be?

Curious to see the results of this...