You may notice this post appears out of order at some point. Do not be alarmed. You're not going crazy, or if you are it has nothing to do with this and certainly isn't any of my doing.

I originally intended this post to usher in my discussion of Science Fiction RPGing this month, but for various reasons, a few of my posts weren't ready when I intended them to be, and they were posted out of the 'proper' sequence.

This post will therefore end up where I intended it to go.

Thanks for humoring me.

"There is no such thing as Science Fiction.
There is only science eventuality."


How's this for an understatement: 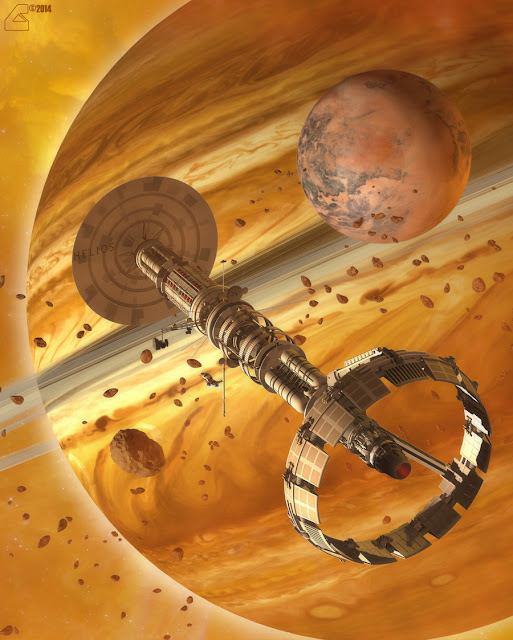 OK, so that's no big reveal. No major spoilers there.

What's this all about anyway?

It's about getting others in on the act. I am constantly stunned by the number of people who love Sci-Fi movies, TV shows, books, and even video games, but they won't partake in SF on table top.

Much of this seems to stem from a preconceived notion that Science Fiction gaming is innately more difficult to pull off then say, Fantasy gaming.

That idea is simply not...hmmm...OK, hold on a sec. Alright, maybe that's true.

There is certainly more to think about on a basic level. A Science Fiction GM has all the responsibilities, and concerns of any other Gamemaster, but in addition to engaging stories, memorable NPCs, cool locations, and all the other elements that go into running a great game, a Sci-Fi GM must be well versed in a few other disciplines.

He, or she must have a scientifically believable (if not entirely accurate) universe. They must ready for PCs who are generally more capable (see below), more mobile (potentially), and who can communicate with each other more easily over greater distances. This means that, among other things, splitting the party is a more viable, and as a result a more common occurrence.

Now what do I mean by saying the Science Fiction PCs are more capable?

Consider the typical Dungeons & Dragons (or similar Fantasy game) party of five PCs. What is the most basic weapon in Fantasy gaming? I don't think I'm stretching things by saying it's the sword*. Now, how many members of an average D&D party can use that weapon? One or two? Three out of five at best? How many can sense danger, or magical effects before they impact the group? One? Maybe two if you're lucky? How party members can climb well? Swim well? Ride a horse?

Now let's look at a group of Science Fiction PCs. Specifically a Traveller party is good for this example, but it holds up especially well in Star Trek, Star Wars, and many others.

Here, the standard weapon is some type of firearm. Usually it's a bullet/slugthrower pistol, a blaster, or a laser gun. Now then, in a group of five Traveller PCs, how many do you think can fire a gun. All? Yep. Very likely all of them, and at least use a gun. How many can sense danger, detect approaching lifeforms, or scan for radiation? Potentially all of them, because it's not a special power, or a unique item. It's a scanner, a device anyone can buy and very likely anyone can use. While not everyone is likely to be a skilled swimmer, or climber, I've rarely seen a group of Traveller characters in which each, and every character couldn't drive something. Be it with a wheeled car, grav vehicle, boat, helicopter, or starship, a party of five Sci-Fi characters is very likely going to see between four, and five members who can drive, or pilot something. 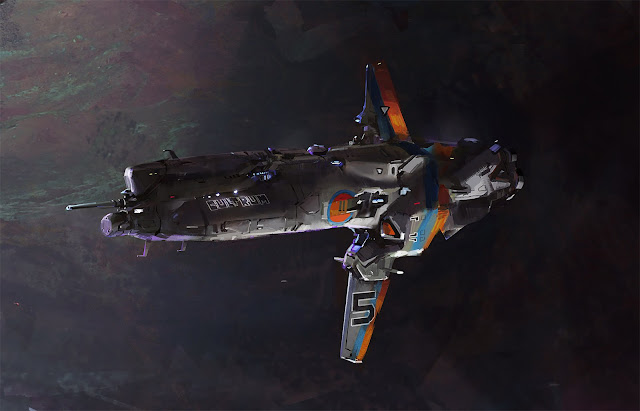 Between skills, and available equipment, a starting Science Fiction PC is far more versatile than a beginning Fantasy PC. While it can be argued that later in the campaign the power of an individual Fantasy character is greater (and it is, generally speaking), it is still true that the Sci-Fi PC may have more options as to what to do in a given situation.

Most Science Fiction games lack 'Classes', or if they do have something like them they are a bit more open ended. In Traveller a Marine can get the skills Electronics and Mechanical, but that doesn't make him an Engineer. Likewise all Starfleet Officer PCs in Star Trek have Shipboard Systems and can operate the Transporter. They don't have to be the 'Transporter Chief'. In Fantasy this isn't usually the case. Can anyone other than the Thief Pick Pockets or Hide in Shadows? Can anyone but a Fighter use any weapon, or armor they want? For a long time they couldn't, though that has changed.

My point to all this is yes, it is tougher on the GM when designing adventures to have player characters with greater access to the types of abilities, and tools that make besting challenges, and solving mysteries that much easier. At the same time, you have to keep everything else - the locales, the opponents, the allies, the scenarios - as exciting as you do in your Fantasy games.

That's not easy for many people.

There's no shame in that.

I am going to try to help you. Why? To increase the number of people playing, and talking about Science Fiction RPGs hopefully. Also because all this comes easy to me. I know they probably sounds like I'm pretty full of myself, but honestly, I couldn't do it in traditional D&D type Fantasy if I wanted to. My brain is just wired for Sci-Fi (no pun intended).

Among the posts this month with be ones that identify, and tackle very specific difficulties in running Science Fiction games, specifically those dealing with Space Adventure (going to multiple planets, exploration, space battles, aliens, etc.).

If anyone has any questions, or anything they'd like me to cover PLEASE LET ME KNOW! Seriously, I'd love to hear what you think, and how we can all help each other better embrace, and run Space games.

*I'm sure your dissertation on the misconceptions regarding the commonality of the sword as the base weapon of Medieval European Society is absolutely fascinating. Please, do tell me all about it. Oh wait, before you do I just have to set this Phaser here for Disintergrate, point it just so, and...PHZZZERT!

Oh Barkley? Can you bring me a broom, and a dust pan please? Thanks.