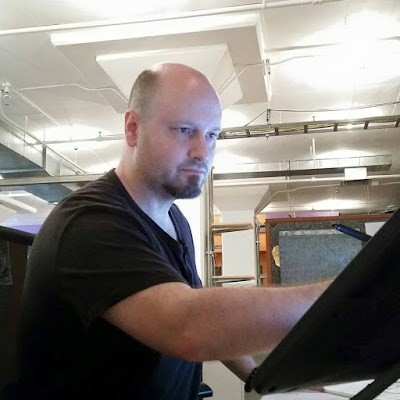 I am honored to be able to say that one of my close friends for many years now has been Keith Conroy.

An incredibly talented artist whose work has included material for Malibu Comics, MTV-Animation, Titmouse, and Nickelodeon, his amazing sense of design is matched only by his equally incredible execution of transferring his thoughts to visual media.

He was the lead designer on 4kids' Teenage Mutant Ninja Turtles cartoon, and illustrated many of the cards for the trading card game Chaotic. In addition he worked on such notable properties as Rugrats, Duckman, and many more.

I met Keith through a friend, and together with a group of other pals we formed a gaming group, and a friendship that I wouldn't trade for the world.

You can find references to Keith's extraordinary artistic, and gaming talent throughout the posts on this site dating back to the very earliest days. Keith is not only a fantastic illustrator, who graced in and every campaign he was in with artwork for my every growing collection, but he was also one of those 'other level' players that are, to me at least, the Holy Grail of table top gaming.

As a player, Keith instantly buys into the universe he is playing in. Not only does he seek to be a part of it, deeply integrated into the setting and the story, but he adds emotional weight to his character, his allies, and the scenes he's in. This has the effort of making the elements of the universe matter on a personal level.

Examples of this: Keith's Wares Blade character Jarod Steele had his own background, goals, etc., but once he learned my ex-wife's character was blind (she didn't mention this to anyone, instead subtly role-playing it out), he slowly became both protective of her, and deeply impressed by her. This was the third session, and he realized she'd fought along side the group in the first, and second session without him knowing she couldn't see. Interactions between the two from that point were a level deeper than you normally see.

Another example would be his Smuggler in Star Wars, Jeard'en Kain. One of my favorite PCs ever, he was both nothing extravagant, and yet totally memorable. He was a normal fellow, a blue collar Han Solo. He wasn't the most handsome, the fastest draw, the best pilot in the galaxy, or anything like that. He made mistakes. He accidentally cut his own leg off trying to use a lightsaber. No really. He also saved his buddies on numerous occasions, and made friends with NPCs from all over the Outer Rim. In the end it's Jeard'en who got the girl (and she got him - it was a joint effort LOL), and in the campaign's sequel was revealed to be a well respected, professional family man. He was so...Human. So believable.

Perhaps Keith's most uncanny ability, is the near psychic way he truly gets what the GM is talking about. It is an element I miss greatly, as we haven't gamed together in some years now.

Case in point, I've run Runequest a few times, but only ever played it once. Keith was also a player in that game session. At the end of the session nearly all the players had drawn their characters, as we all attended art school together (either the High School of Art and Design, the School of Visual Arts college, or both).

Keith's warrior looked like a Roman Soldier from the height of that ancient empire. I couldn't figure out why. The game was clearly Medieval Europe. It had Elves, Dwarves (I'd played a Dwarf as a matter of fact), Trolls, and other staple species of D&D. It featured warriors, and wizards. Yet here was Keith drawing a Roman Soldier.

Keith stated that he noticed most of the weapons, armor, and other items were bronze, or other common pre-Iron Age materials. The largest nation was called Pax, resembled ancient Rome in his his mind, and worshiped a Sun God (who seemed to have attributes of both Zeus and Apollo). Keith saw numerous other clues as well.

The GM, our friend Jason M., or 'Big J' as we sometimes call him, said that not only was Keith correct, but he had been concerned that he wouldn't get the look, and feel of the world across. Apparently he had, at least to someone as perceptive as Keith.

His greatest, and most memorable PCs are...

While I only played one short campaign with him as GM, I have to say he was great as a referee as well. His ability to establish atmosphere, and move the story along was fantastic. I wish I'd gotten to be player more often with Keith as GM.

Keith the person? I hate to get mushy, be you're unlikely to meet a truer friend in this lifetime. He is, with the all the meaning this phrase has for us old schoolers, 'Good people'. An honest, warm, good natured fellow, a father, a husband, and, well, what my Pop would've called a 'mensch'.

Keith Conroy in his own words...

My good friend Adam asked me to write a summary about my gaming experience. As a result, I have stared at this open file for days now.

Writing, I one again realize, has never been one of my strong suits. I’d much prefer to draw - Insert random image I gave to Adam - 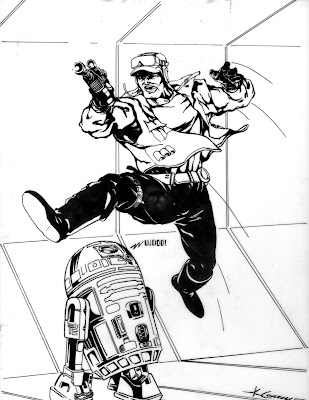 Jeard'en Kain, and R2-D6
Star Wars: Tales From The Rim
Given the option of playing or running a game I’d choose to play 90% of the time ….so much easier and so often much more thoroughly enjoyable. 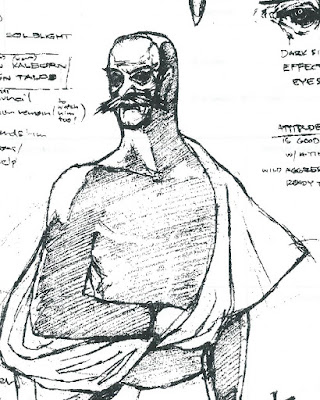 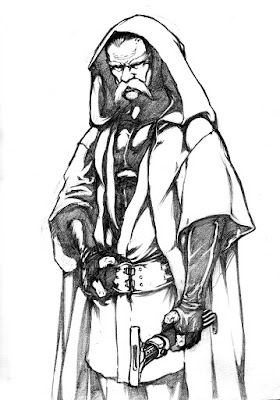 Solblight in his heyday as a Jedi Knight

It was in the mid-to-late 70’s, I honestly can’t remember the exact time, when I found out about Dungeons & Dragons. I wish that I could remember, but I know I was never the same after that. The idea of other realms, and adventures, ones you could participate in, talk through, play out, create…not to mention miniatures on a grid! It was like someone flipped a light switch in my mind.

Coupled with my love of comic books, movies, books and friends with whom I’d played as soldiers, detectives, adventurers, space explorers, and brand new universe opened up for me. It may sound strange, but I'd add some sports in there, like boxing...my nerdom was extensive, and all but guaranteed to continue for a life time to come.

Funny how nerd was/is a term of mockery and shame to many, not to mention the stigma of role ­playing games. It’s amazing I didn’t get beat up more, but there’s a funny story to that. I made friends with someone who nowadays we would call a bully. The issue was overcome through a mutual interest in drawing and gaming. He turned out he’s a pretty damn creative guy.

Gaming brings that out in people. Role playing more so. That brings me back to trying to summarize my gaming life...I wish I could, but I know how easily I could write pages of rambling nonsense. About using lightsabers...poorly. About saving friends, and losing friends. About finding lost treasure, or exploring the bridge of a derelict starship. I could talk about choices that were made, those that changed the course of lives, both real and imagined. 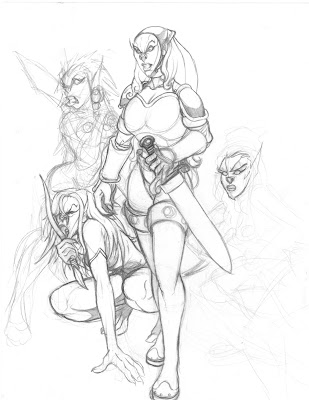 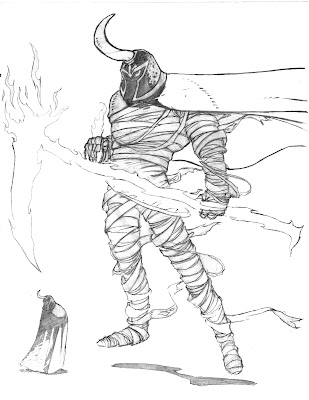 Lich? Mummy? Demon Warrior?
Sure, why not.
I will try and summarize it with this: I feel my life has been made richer because of gaming and primarily because of those I played with.

Thank you Adam for some of the best games I’ve played, and for your continued friendship.

Thank you Keith. My love to the family. Hope I get to see you again one of these days. 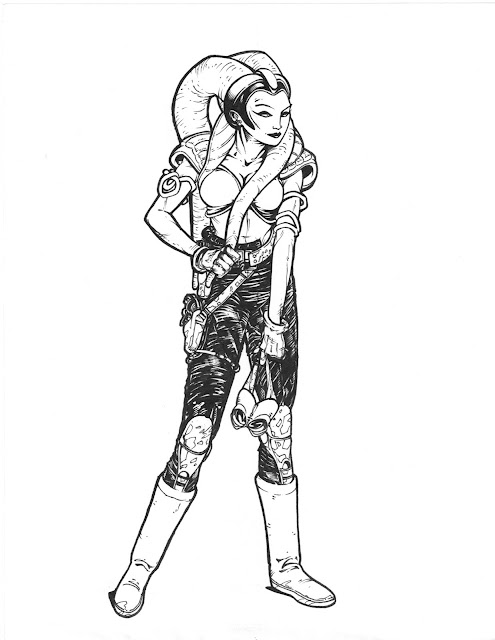 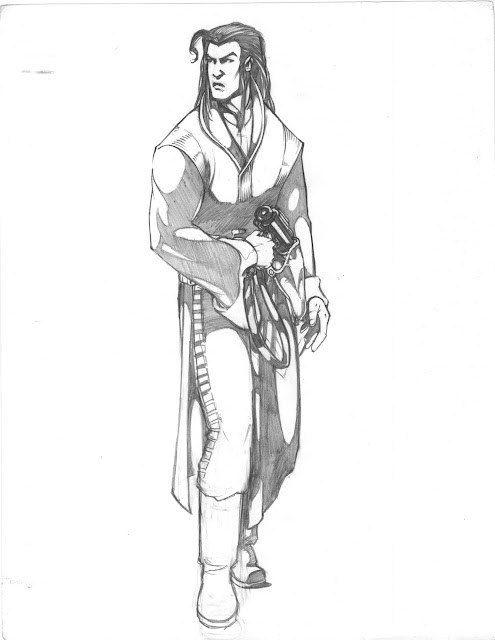 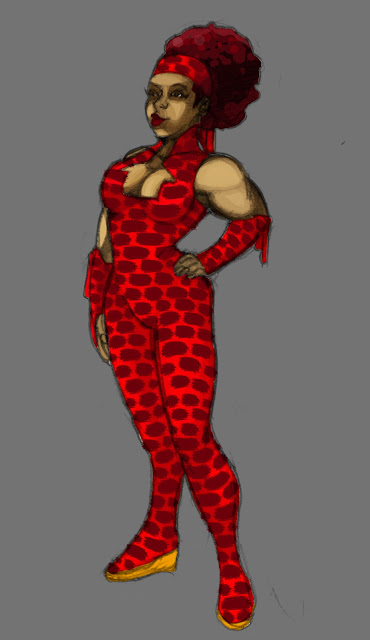 Brickhouse
Superhero for Mutants and Masterminds
And lastly... 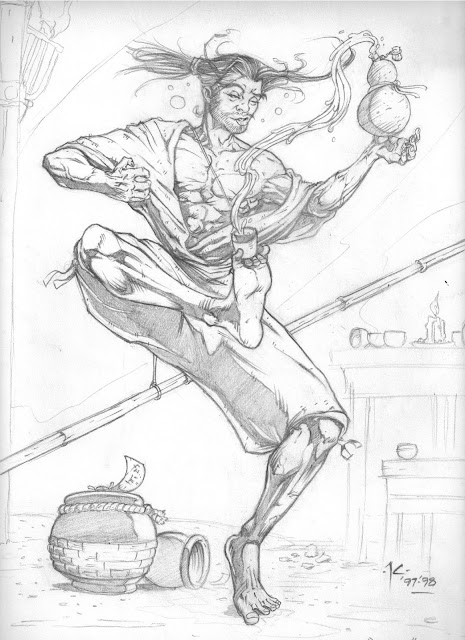