The Land of Gorch - Post-Apocalypse Muppets

Ladies and Gentlemen...the time has come...

As promised, Muppets Post-Apocalypse is here!

A little back story...

During the 1975-76 first season run of Saturday Night Live, Jim Henson's Muppets were featured in a series of short sketches collectively known as the Land of Gorch. A desolate, swampy landscape of grey rock, heavy shadows and red-orange skies, Gorch looked like an awesome place to adventure in. 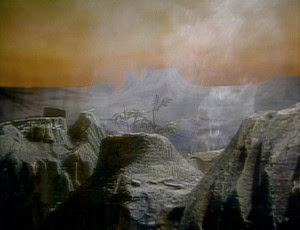 At 8 years old I probably shouldn't have been up watching Saturday Night Live but I did and the images of that set and the strange characters that lived there had a major impact.

The Muppets of the Land of Gorch were not your typical Frogs, Dogs, Pigs and Whatevers. OK, close to Whatevers but not typical ones. 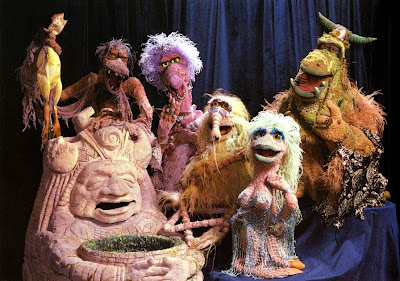 Using the same sort of glass eyes taxidermists use and applying various unusual painting and dying techniques, the Saturday Night Live Muppets were alive and disturbing in a way the previous ones had not been. In addition, they were among the most flexible, both structurally and in terms of what they could do and say. These were adult Muppets who could 'Stay Up Late' as it were. Elements of the Land of Gorch sketches included discussions of adultery, alcohol, drugs, endangered species and other 'adult' topics normally taboo in most Muppet productions. 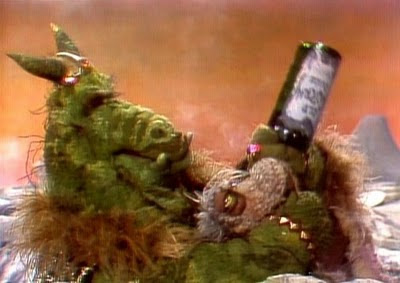 The characters themselves were broadly portrayed stereotypes, at least at first but real depth came to them over time, especially when in the second season it was revealed that Saturday Night Live would no longer be having the Muppets on the program.

You see, though created by Henson and company, it was the SNL writers who wrote the stories and skits and the writing staff was not fond of working with the Muppets. Therefore, for the second season Gorch sketches, the Land of Gorch itself was often missing and instead the Muppet characters would interact with the live actors on the show. Many of the gags at that point revolved around the Muppets trying to keep their jobs. The end result, sad though it is, was that the Gorch characters developed real three dimensional personality just as they were being cancelled. I especially miss Scred. That dude was freakin' awesome. Alas, Gorch was dumped and the characters have not been used in any Muppet production since.

It's a damn shame.

I could seriously envision a late night comedy program with these characters on Cartoon Network. Come on, the guys who brought us Venture Brothers, The Mighty Boosh and Robot Chicken couldn't swing a dark comedy Muppet Show? 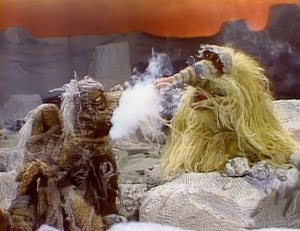 While some subsequent references to Gorch would seem to indicate it to be an alien planet, I took it to be more like Planet of the Apes or Gamma World when I was a kid. With the ability to be edgier and still very much in character and tone for a Muppet production, a Gorch game would rock. I could see running it with Gamma World or Mutant Future, a somewhat hacked Encounter Critical, Apocalypse World (Good Lord!) or, just throwing this out there, The Muppets RPG.

So that's what you're about to see. A Post-Apocalyptic Muppets RPG campaign set in a cynical, messed up world of horrible and twisted mutations. Won't this be fun!

In the next post, how to turn the wild and wacky game of The Muppets RPG into a boiling cesspool of degenerate filth. Come on in the waters great!

I used the Land of Gorch as the picture in my mind of a Post-Apocalypse New Jersey in one of my first Gamma World games. The session, the first of several in a short lived campaign (typical of the original Gamma World) featured a tribe of mutant lizard/walrus hybrids whose design was based on the Muppet of King Ploobis.

I saw the Land of Gorch puppets up close and personal at the Lincoln Center Exhibition in 1979. Their eyes, the texture of some of them and their clothing give them a truly eerie appearance. Even more so when on display and unmoving I'd wager.

Scred is one of my all time favorite Muppets, up there with Gonzo, Grover and Uncle Deadly. It is so unfortunate that most people don't even know who the character is.

Posted by Adam Dickstein at 9:26 AM