My group* and I have finally come to a decision as to what campaign will follow our current one once it concludes, very likely in December of this year.

The decision has been a long time coming, as those who follow this blog surely know. While our present, ongoing game is fantastic (though it has been a bumpy road at times), any attempt at a second campaign has fallen flat. Likewise, we were not able to agree on a follow up for when our current one ends.

Thankfully, that latter issue has changed, and we are almost as excited about beginning pre-production on the one as we are coming to the grand finale of this one. 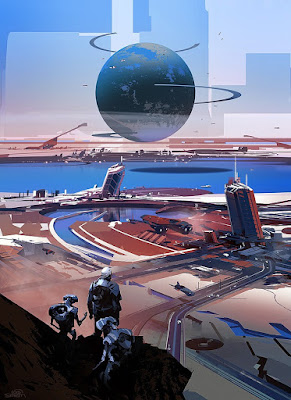 
On Saturday, July 11th, my group had its 30th session of our [slightly modified] classic Traveller campaign, Traveller - OPERATION: PALADIN.

It is absolutely astounding to me that we've met thirty times, for 6-10 hours at a time, over the last three years, to play these same characters, and this campaign. I feel the non-religious/non-spiritual equivalent of blessed.

It has been a honor, a privilege, and an absolute blast Gamemastering this campaign. I owe that largely to the players who've participated in it, including those who are no longer regularly part of the game. If it weren't for the contributions of each, and everyone of them (of you - if you're reading this), this crazy ride would not have been as good as it is.

The campaign's overall plot was formed from the supplied background information each player contributed about their character at the start of the game. That main story has long since come to a head. The PCs know who the big bad is, what he's up to, and (to a lesser extent) who his allies are. Our problem has been finding definitive proof of the enemy's plans, details of his operations, who all the participants are, and avoiding having him know too much about the PC group.

Much of that has changed with sessions 29, and 30.

While it has become obvious that the enemy is aware of the PCs, and their endeavors to thwart him, he doesn't yet know how much they know. He will soon, as the PCs managed to hit the mother lode regarding evidence that can sink their adversary. While much of it is encrypted, and hidden behind code words, and falsified documentation, the PC group managed to get a hold of a computer server with tons of incriminating files on it. Additionally, flaws in both the enemy's secret weapon, and allied forces, may be forthcoming very soon.

One of the great things about this campaign has been the way the mysteries, and the investigation of them, have grown, and changed over the course of the game.

I was initially very frustrated with my group, as they simply did not investigate things. Anything strange, or out of place was taken at face value, and no one seemed the least bit interested in finding out if there was more to anything. It was freaky.

Eventually, they started to check into things here, and there, so I decided to change my approach. I made the information on what was going on, why and who was behind it, extraordinarily easy to find out...but hard to prove. Harder still became what to do about it now that they knew a thing, or two (or more). Very effective in creating, and maintaining tension when faced with players who just don't have that Sherlock Holmes mindset.

The various situations in the game, from the major meta-plot (hate calling it that) to the numerous subplots (though perhaps not all) are rapidly reaching a boiling point. With the year's end only five months away, I am assuming we have but five sessions left.

I see a very exciting, very messy finish on the horizon. 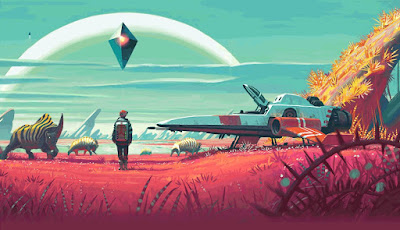 As the new year begins, so will our next campaign.

It finally came down to realizing that the game we're playing...works. It works when other things don't. It still interests us, and we haven't nearly exhausted the possibilities this universe has to offer us.

So why not keep going? Why not indeed.

Of course, we are looking to experience a different aspect of our Traveller milieu. If we were just going to continue playing the same exact type of game we wouldn't be ending our current campaign in December.

While the current one has a very heavy Political Espionage/Cyberpunk vibe,the new campaign will be focused much more on exploration, discovery, and will be, hopefully, more 'Science Fiction-y'.

Influences on the new, upcoming campaign for next year include classic Science Fiction stories such as Voyage of the Space Beagle, Rendezvous with Rama, and the upcoming computer game No Man's Sky. The themes I intend to focus on will mainly revolve around dealing with the unknown, the benefits, and price, of knowledge, survival, and teamwork.

I look forward to working on this new campaign, and to updating all of you on how it goes. In addition, come December, expect an extra-large, final episode/session recap of OPERATION: PALADIN's grand finale.

To infinity, and BEYOND!


*For the purposes of this post, and the next, it may be best to identify my two, face-to-face gaming groups in a clearer, and more definitive way then perhaps I have in the past.

Group 1 is 'The Barking Alien Gaming Group', so named because I am the primary GM for this particular configuration of this particular group of my RPG gamer friends.  Our longest ongoing campaign is a classic Traveller campaign that is still active. We ran our 30th session on Saturday, July 18th, 2015. We meet (roughly) monthly.

We have made several attempts to get a second campaign going of something else, but to (frustratingly) no avail.

Group 2 I'll refer to as 'Dan's Group'. While I have run for this group in the past, and will again in the future, my good friend Dan is the primary GM for this particular entourage. We also tend to play at Dan's house.

With that said, this post refers to my Barking Alien Gaming Group.

**The bolded names are the regulars who are still active in the campaign.