Now you're speaking my language. No Universal Translator, or Protocol Droid required.

I mean, unless you count West End's Star Wars, see, because then...but that's not really Science Fiction, it's Science Fantasy. Of course, those initials are also 'SF', so...

My first love is Science Fiction gaming, especially of the Exploration/Space Adventure/Space Opera varieties. I've run so many sessions of so many SF RPGs, I wouldn't even know how to go about listing them all.

I've also played in, and run one-shots, and short campaigns (3-7 sessions) of another dozen, or so Sci-Fi games.

Now, about picking a favorite...

My tastes, and preferences have changed a bit over the years, and I guess I'd have to say...

And Star Wars D6 from West End Games is my favorite system...

My favorite game wherein the setting, the system, and the character and story potential are all there, and all awesome, I'd have to go with... 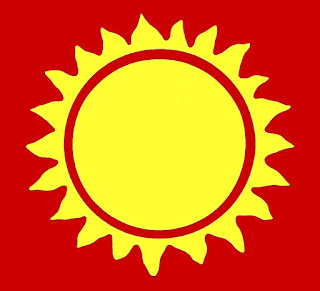 The Imperial Starburst
Symbol of the Third Galactic Imperium 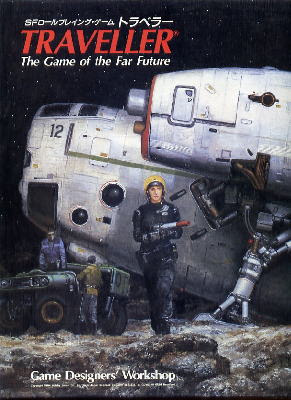 I've come to discover over the last three years, that Traveller really is my go-to game for the kind of Science Fiction stories I usually want to tell.

That said, a good number of those stories only need one game to make them work, and that game is classic Traveller. With its open ended nature, simple foreground mechanics, yet complex background mechanics, it remains one of the most versatile SF RPGs ever made. It's crunchiness is manageable, or even ignorable in many cases, but if you have someone in your group who's into the crunch, let them knock themselves out! In our group we have a player who got a hold of Fire, Fusion, and Steel, and he since designed three, or four awesomely menacing rifles. He also put the time, and effort into the starship design system to build the teams personal vessel. Go math guy! Calculate the physics formula up the ying yang!

In conclusion, there is a reason that when my Traveller game ends in December, our next campaign will be Traveller. You can use the same game, with the same setting, and familiar elements, and run a completely different campaign with all new elements with ease.

That makes Traveller my new, and current, #1 Sci-Fi RPG favorite.