Alright! Now we're up to question #21, which is 'Favorite Humorous RPG'. Cool! Wow, there are so many choices. I guess...huh? What? It isn't?

My favorite RPG setting would probably be one I made myself, or one from an IP. If that's OK with the spirit of the question (which I'm just going to assume it is), I can answer this no sweat.

The settings provided with most RPGs don't interest me. I couldn't care less about the Forgotten Realms, Pathfinder's world (whatever it's called), the canon of RIFTS, or the default setting of Deadlands. While I've played Legend of the Five Rings in Rokugan, the one time I ran it I set in in Japan during the Tokugawa era.

For me, the idea is that you game designers out there give me a system that simulates, or emulates a particular genre, and I create a setting, and story in that genre. I don't want your story. If I wanted that I'd read a book, watch a movie, or something of that nature.

If there is a pop culture setting that has endeared itself to me over the years to the point where I'd like to set my own stories there, then that is the only instance I can think of where the setting really matters to me.

Sometimes a RPG setting will be interesting to me, or at least useful toward my goal of telling my own story. When that happens I will adopt that setting as background for my game, adapted and modified here and there to fit my preferences, and needs. Traveller's 'Charted Space' is a good example of this. The setting in my Traveller campaigns is easily recognizable as the Traveller canon, but anyone intimately familiar with Traveller canon would notice the differences pretty quickly.

So, my favorite RPG settings.

First, and foremost, Star Trek, specifically as it appears in the classic 60s television show, the animated series, and the motion pictures featuring the original cast.

I love running Star Trek, I love that era, and I adore all it's aliens, planets, starships, technology, bits and bobs. 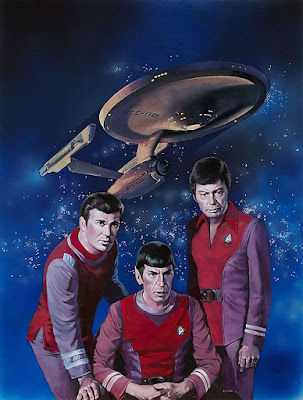 Second, my friend William C.'s Age of Champions world of Champions Earth-Wilcox Charlie-1 for the Champions Superhero RPG. Apologies to the big two, DC and Marvel Comics, but Will's universe is everything both of yours is, more consistent, and a bag of chips. 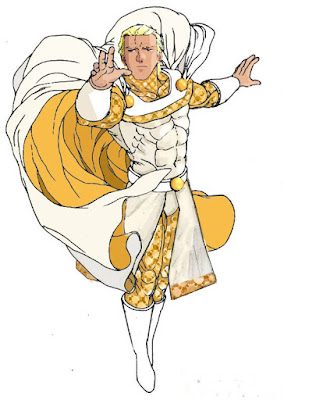 Kineto, the Number One Biggest Big Bad of
Champions Earth Wilcox Charlie-1
Art by me.
Used a picture of Char Aznable from Mobile Suit Gundam
for his face since it fits him so perfectly.


And there you have it. Onward gaming soldiers!