Illustration? Not Illustrator? Just one, singular drawing that is my favorite above all others?

Wow, that is hard. Incredibly hard.

Like so many other entries to this Challenge, I am not sure I can answer this definitively.

As an artist myself who at one time (though a long stretch of time it was) had an entire group of artists as players, I am very hard on RPG art. I am constantly seeing fan art by gamers that blows away what you see in most RPG books. Furthermore, I am not a fan of the popular styles. I find the art of D&D, and Pathfinder (especially Pathfinder) to be quite uninteresting to me.

Another thing that makes this difficult is my love of Japanese table top RPGs. The art in some of those products is in a whole other class.

I've said it before and I'll say it again... 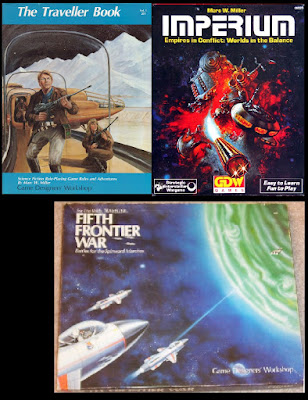 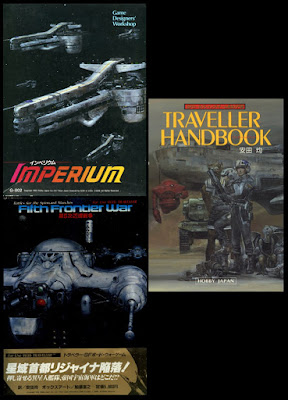 Their Traveller.
What the hell man?

I have favorite American RPG illustrators, and illustrations I love, such as Darren Calvert on Mutants & Masterminds (and other works), Rob Caswell of Traveller fame, Jeff Dee's work on Deities & Demigods, and Villains & Vigilantes, the late Daniel A. Trampier's work in general, and of course the under appreciated (IMHO) talent of Mike Vilardi, most notable for his Star Wars D6 artwork among others.

For me though, I can't really pick a favorite. I have to put these along side my favorite Japanese artists, and images, and well, it just gets to difficult to pick one as 'the best'.

I leave you with some pretty pictures. 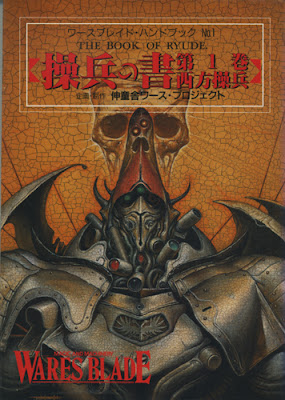 A Supplement for the Wares Blade RPG. 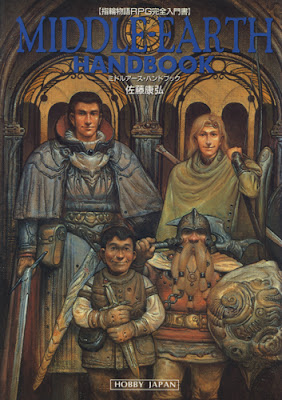 The Middle Earth Handbook
from the Japanese Lord of the Rings RPG
Look at that! Look at it. Damn.